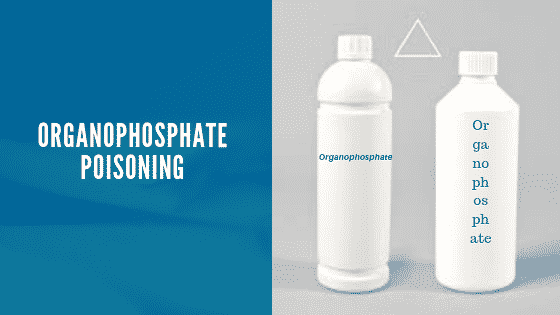 While most often the exposure occurs from an agricultural pesticide, there are household items, such as ant and roach spray, that also contain organophosphate compounds. Organophosphate pesticides are one of the top causes of poisoning worldwide, with an annual incidence of poisonings among agricultural workers varying from 3-10% per country.

The World Health Organization (WHO) noted that pesticide poisoning is now the most common method of suicide worldwide. About two million people attempt suicide and one million accidental poisoning cases occur each year worldwide.

WHAT IS ORGANOPHOSPHATES (OP)? Organophosphate (OP) compounds are a diverse group of chemicals used in both domestic and industrial settings. They are often constituents of pesticides and insecticides. Some of these products are produced in an unregulated manner and sold by unregistered vendors on the streets and in market places in sub-Saharan Africa. When purchased, and improperly stored, children may easily have access to, and inadvertently consume them. Indeed, globally, organophosphate poisoning is the most significant cause of severe toxicity and mortality resulting from acute poisoning.

The most popular source of organophosphate insecticide/pesticide in Nigeria is the locally made variety called ‘Otapiapia’. The main active ingredient in ‘otapiapia’ is dichlorvos or 2, 2-dichlorovinyl dimethyl phosphate (DDVP), and are readily available for purchase on the streets. ‘Sniper’, which is another common variety of DDVP has a more refined packaging and is available in stores nationwide at a higher cost.

OP poisoning occurs most commonly as a suicide attempt in farming areas of the developing world and less commonly by accident.  Exposure can be from drinking, breathing in the vapors, or skin exposure.

Cheap locally-made preparations of organophosphates are widely available and unregulated in low income settings such as in Nigeria. These preparations are stored at home in old soft drink or juice containers which attract unsuspecting children resulting in unintentional poisoning.

Sniper, is marketed in Nigeria by Swiss-Nigerian Chemical Company, as a synthetic organophosphorus but which many Nigerians have converted to an indoor insecticide. There have been cases of sniper poisonong in Nigeria; a 400-level student of the Department of English and Literary Studies, University of Nigeria, Nsukka (UNN), allegedly drank two bottles of Sniper insecticide leading to his death on Tuesday, May 14, 2019. Friends said he had a long battle with depression before his death.

Other cases are A Niger Delta University student, who committed suicide by drinking Sniper after he discovered he had ‘carryover’ in his courses. This came shortly after two female students of University of Lagos were reported to have killed themselves using the insecticide following the accusations that they stole clothes in their hostel. Another 32-year-old banker and mother of two in Delta State, committed suicide over her husband’s alleged infidelity. She also took Sniper.

MORTALITY/MORBIDITY: Worldwide mortality studies report mortality rates from 3-25%. The compounds most frequently involved include malathion, dichlorvos, trichlorfon, and fenitrothion/malathion.   Mortality rates depend on the type of compound used, amount ingested, general health of the patient, delay in discovery and transport, insufficient respiratory management, delay in intubation, and failure in weaning off ventilatory support.   Complications include severe bronchorrhea, seizures, weakness, and neuropathy. Respiratory failure is the most common cause of death.